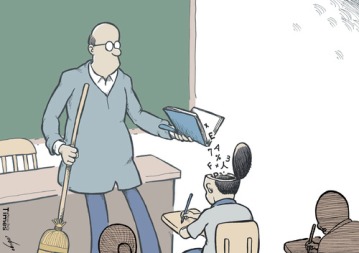 Recent proposals for “free” college education are partly motivated by a hubbub over crushing student debt, but a recent book by Sandy Baum of the Urban Institute questions that narrative. Entitled “Student Debt: Rhetoric and Realities of Higher Education“, the book offers perspective on the use of debt to fund post-secondary education. Student loans are perfectly good funding methods in many circumstances, but it should go without saying that borrowing is a bad idea when the sought-after education is a bad idea.

Here are some facts about student-loan debt presented in an interview with Baum by National Public Radio (NPR). They are not particularly alarming:

Hindsight is 20/20 when a student fails to complete a course of study, but a non-trivial percentage of individuals have no business entering college programs to begin with, let alone with the aid of publicly subsidized loans. Quite simply, good risk management demands that loans be withheld from students who lack minimum academic qualifications. Odds are heavy that it would be a favor to the taxpayer, and an even bigger favor to the erstwhile student. There are many degree programs that have low labor-market value, which are therefore likely to be poor investments for students and lenders. And a number of institutions have records of poor performance in preparing students for the labor market. It would be wise for anyone seeking additional education to avoid these schools.

Baum asserts that these issues must be addressed through better guidance for prospective students:

“Some schools don’t serve students well. Some students aren’t prepared to succeed no matter where they go to college. We just tell everybody: ‘Go to college. Borrow the money. It will be fine.’ … We don’t give people very much advice and guidance about where … when to go to college, how to pay for it, what to study.“

Baum goes on to offer a socioeconomic profile of individuals with a high propensity to default on student loans:

“The problem is that we have a lot of people actually borrowing small amounts of money, going to college, not completing [a degree] or completing credentials that don’t have labor market value. They tend to be older. They tend to come from disadvantaged, middle-income families and they’re struggling. [But] not because they owe a lot of money.“

For those who are not promising students, many skills can and should be developed by leveraging low-level employment opportunities. That may well be the most productive path for them, and we should not be shy about saying so, but mutually beneficial work arrangements between employers and these prospective workers are discouraged by wage floors and other regulations.

What isn’t mentioned in the NPR interview is that some individuals fitting the socioeconomic profile actually have excellent academic prospects, so borrowing might be worthwhile. And Baum notes that the great majority of students entering baccalaureate programs are very good credit risks. Subsidizing them with a “free” education is unnecessary and bad public policy:

“People have an image of a recent bachelor’s degree recipient who went to college for four years and is now 22-23 years old and is working at Starbucks. Those people are very rare. … People who earn bachelor’s degrees, by and large, do fine. … We should worry a lot less about 18-year-olds going off to college and borrowing $20,000, $25,000, for a bachelor’s degree.“

While Baum justifiably contends that many students are good credit risks, I do not subscribe to the notion that all student loans should be subsidized by taxpayers at below-market interest rates. The returns to education are such that most students can afford to pay market rates, but those rates must compensate lenders for the risk of default. Minimizing default risk on the lending side becomes an impotent afterthought in a world of lax academic standards and universal loan subsidies. Bad loans can only be reined-in by sober admission policies and wise selection of degree programs that have labor market value. For this reason, Paul Kupiec and Ryan Nabil of the American Enterprise Institute recommend reforms that would give academic institutions better incentives to ensure the success of their students by putting “skin in the game”:

“Colleges typically do not lend to students directly. Consequently, they have little incentive to ensure that the debts incurred by their students are repaid. So, like brokers in a predatory lending process, colleges and universities push their students to take on debt, regardless of their future ability to repay.“

To correct these misaligned incentives, schools would essentially pay a financial penalty when their former students, graduates or dropouts, default on loans.

“With ‘skin in the game,’ colleges will face pressure to control unnecessary costs and limit student indebtedness. Colleges will redouble their efforts to ensure that students graduate with the skills necessary to succeed in the job market. Resources will no longer be freely available for unnecessary non-educational university spending. To achieve these goals, the share of university-provided student funding must be large enough to give colleges the requisite incentives.“

Problems with crushing student loan debt are confined to certain segments of borrowers. Failure to complete a program, and degree programs that add little to a student’s labor market value, are prescriptions for default. Admitting unqualified students and offering weak degree programs are shortcomings of the schools themselves. Without fundamental reform, schools have little incentive to act responsibly. Furthermore, loan subsidies encourage excessive borrowing and fuel inflation in tuition. “Free college” proposals do not offer a serious solution for stemming these losses.