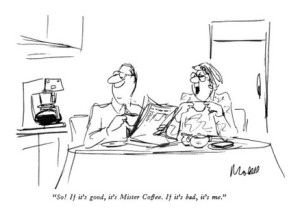 I know a talented artist who refuses to sell his paintings for less than he values the hours spent rendering them. His work is vibrant and arresting, but he doesn’t sell many paintings, which frustrates him greatly. I know very little about marketing artwork, but I do know that his pricing rationale is foolish. For one thing, the hours expended on a particular work are a sunk cost that he should forget if he wants to sell. And he doesn’t know this, but his opinion on pricing is an implication of Karl Marx’s labor theory of value, the flawed proposition that all value derives from the labor necessary to produce it.

Of course, value is in the eye of the beholder. In any potential exchange, value is determined in the first instance by the subjective assessment of a prospective buyer. Their willingness to pay is based on the enjoyment or utility they expect to gain from the transaction. There is no deal if the seller is unwilling to trade at that price; no one benefits unless the seller is thrilled to do the work without compensation, happy to consume or enjoy their own output, or gratified to simply hold it in inventory. My artist friend isn’t happy with that outcome, but his valuation has not passed a market test. Exactly where is the economic value of his labor? This is a cruel reality to those who scrape by in pursuits that often fail market tests, but it’s a reality that allows resources to be guided into uses that are most highly-valued and that satisfy wants most effectively.

It is surprising to me that the labor theory of value is so thoroughly embedded in the public’s thinking. Ryan McMaken at Mises Wire addresses this point in “Nobody Cares How Hard You Work“. Employers and employees often mistake hours worked and even effort for economic value. Working hard is thought to be admirable, but it is not always consistent with value creation:

“… too many workplaces still subtly communicate to employees the idea that intense effort, usually in the form of long hours, is the best route to a promotion. In fact, though, if you can do your job brilliantly and still leave at 3 p.m. each day, a really good boss shouldn’t object. And by the same token, you shouldn’t cite all the effort you put in when making your case for a raise. Why should a results-focused boss even care?“

At Liberty.me, Michael Bunch’s “A Misunderstanding of Labor and Value” offers some excellent quotes on the distinction, including this from Carl Menger:

“Value is a judgment economizing men make about the importance of the goods at their disposal for the maintenance of their lives and well-being. Hence value does not exist outside the consciousness of men.“

Ignoring the contribution of existing capital to production is an obvious error made by proponents of the labor theory of value, who argue that all value creation should be returned to labor as a reward. Bunch quotes Frederic Bastiat on this topic:

“Without these things [i.e., capital], the labor of man would be unproductive, and almost void; yet these very things have required much work, especially at first. This is the reason that so much value has been attached to the possession of them, and also that it is perfectly lawful to exchange and to sell them, to make a profit of them if used, to gain remuneration from them if lent.“

Bunch’s real intent is a bit off-topic: he seeks to refute the notion that patriarchy in the U.S. is active in assigning under-compensated roles to women. I’m not convinced that it’s necessary to debunk the labor theory of value to make that point.

Is the labor theory of value irrational? Yes! Behavioral economists agree, as the links above point out. There are certainly times when the theory drives the subjective market valuations of buyers. Some behavioral economists use this as a rationale for government intrusion, but there is every reason to believe that an external authority would produce more distorted valuations and allocate resources less efficiently than the flawed market participants. And after all, in a free society, it is not incumbent on an authority to second guess private decisions. A good outcome is whatever floats your boat.