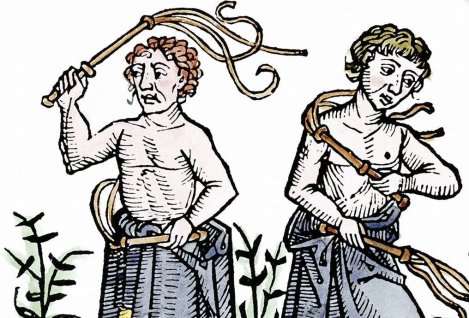 As if you needed more evidence that governments are incompetent, look no further than trade policy: public officials the world over are almost universally ignorant regarding the effects of international trade and trade imbalances. In this sense, the Trump Administration’s new tariffs on imported steel and aluminum are in keeping with the long history of public sector foibles on trade. This phenomenon stems from an unhealthy and obsessive focus on the well-being of producers without regard to the implications of policy for consumers. Warren Meyer of Coyote Blog offers an evaluation of Chinese trade policy, which he mischievously (I believe) claims was written by a Chinese blogger on a “sister blog” called “Panda Blog“. Despite Meyer’s playfulness, the post is instructive:

“Our Chinese government continues to pursue a policy of export promotion, patting itself on the back for its trade surplus in manufactured goods with the United States. The Chinese government does so through a number of avenues, … each and every one of these government interventions subsidizes US citizens and consumers at the expense of Chinese citizens and consumers. A low yuan makes Chinese products cheap for Americans but makes imports relatively dear for Chinese. So-called ‘dumping’ represents an even clearer direct subsidy of American consumers over their Chinese counterparts. And limiting foreign exchange re-investments to low-yield government bonds has acted as a direct subsidy of American taxpayers and the American government, saddling China with extraordinarily low yields on our nearly $1 trillion in foreign exchange. Every single step China takes to promote exports is in effect a subsidy of American consumers by Chinese citizens.“

The very idea of a trade deficit is often used to intimate a threat to a nation’s economic health. Conversely, a trade surplus is used to suggest that a nation is achieving great economic success. Both contentions are nonsense. Here is more from “Panda Blog“:

And, incredibly, the Americans complain that it is they that run a security risk with their current trade deficit with China! This claim is so crazy, we at Panda Blog have come to the conclusion that it must be the result of a misdirection campaign by CIA-controlled American media. After all, the fact that China exports more to the US than the US does to China means that by definition, more of China’s economic production is dependent on the well-being of the American economy than vice-versa.“

By the way, those “quotes” from “Panda Blog” appeared on Coyote Blog 12 years ago!

All nations tend to play these trade games to one extent or another. But protectionist actions always harm a nation’s consumers more than they help producers, a proposition that is easy to demonstrate using a simple supply and demand diagram. While the class of consumers is broader than the class of producers, ultimately “producer” and “consumer” are different roles played by the same individuals. So protectionism is always harmful to a nation, on balance. Furthermore, retaliation against another nation for its dim-witted trade barriers also harms the retaliating nation’s consumers more than it helps its producers, and that’s true regardless of whether retaliation begets reciprocal actions.

Of course, producers are generally in a better position than consumers to grease the political skids in their favor. In a separate post, Meyer notes that protectionist trade policies are rooted in cronyism. The costs to society are very real, but they tend to be diffuse and therefore less obvious to most consumers.

“A lot of the media seems to believe the biggest reason they are bad is that they will incite retaliatory tariffs from other countries, which they almost certainly will.  But even if no one retaliated, even if the tariffs were purely unilateral, they would still be bad. In case after case, they are justified as increasing the welfare of a certain number of workers in targeted industries, but they hurt the welfare of perhaps 100x more people who consume or work for companies that consume the targeted products. Prices will rise for everyone and choices will be narrowed.“

A couple of points deserve emphasis in relation to my last post on Trump’s tariff action:

“The policy point is that Mr. Trump’s tariffs are trying to revive a world of steel production that no longer exists. He is taxing steel-consuming industries that employ 6.5 million and have the potential to grow more jobs to help a declining industry that employs only 140,000.“

Today, Trump announced that Canada and Mexico will be exempt from the new tariffs while a renegotiation of the North American Free Trade Agreement (NAFTA) is underway. That’s better, but this carve-out exempts only 25% of U.S. steel imports. Perhaps Australia will be granted an exemption as well, but additional carve-outs will prompt further increases in tariffs on non-exempt imports. Trump also said that U.S. flexibility in applying the new tariffs to allies will depend on their commitments for military spending!

Thus, rather than maintaining the pretense that trade relationships are about economics, the administration has conceded that the tariffs and the exemption process will be transparently political, never a prescription for efficient resource allocation. Moreover, U.S. trading partners are likely to be reluctant to test the politics of modifying their own trade manipulations at home. Indeed, the politics may dictate retaliation, rather than concessions. In any case, the governments of our trading partners are as clueless on trade as Trump, his Commerce Secretary Wilbur Ross, and his economic advisor Peter Navarro, or they would never intervene in private trade decisions to begin with.