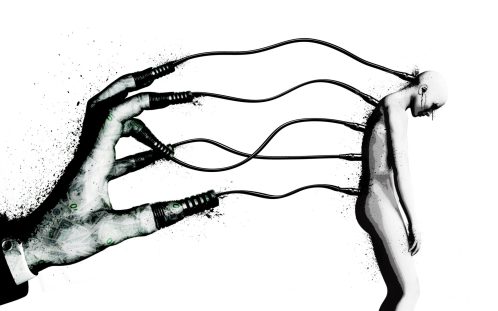 Let’s hear from an environmentalist and radical animal-rights activist:

“… the extinction of Homo Sapiens would mean survival for millions if not billions, of Earth-dwelling species. Phasing out the human race will solve every problem on earth, social and environmental.”

Okay then, you first! That is an actual quote of Ingrid Newkirk, the misanthropic president of People for the Ethical Treatment of Animals (PETA), as documented by Tom Harris and Tim Ball in “Extreme Environmentalists Are Anti-Human“. I’m no psychologist, but I believe most shrinks would categorize misanthropy as a condition of general dislike for humanity that usually poses no real threat to others. Not always, however, and by my reckoning the sentiments expressed by Newkirk are the ramblings of a disturbed individual. But she’s not alone in her psychosis, by any means.

The sheer lunacy of the environmental Left is nowhere more evident than in the call for mankind’s extinction, and it is not unusual to hear it these days. Here’s a similarly deranged and tyrannical statement from the Voluntary Human Extinction Movement:

“Phasing out the human race by voluntarily ceasing to breed will allow Earth’s biosphere to return to good health … the hopeful alternative to the extinction of millions of species of plants and animals is the voluntary extinction of one species: Homo sapiens … us.“

The policies advocated by many environmentalists don’t go quite that far, but they nevertheless tend to be anti-human, as Harris and Ball demonstrate. In particular, the emphasis on eliminating the use of fossil fuels over the next three decades would consign most people , but especially those in developing countries, to ongoing lives of penury. Here are Harris and Ball:

“Of course, the poor and disadvantaged would be most affected by the inevitable huge rise in energy costs that would accompany the end of fossil fuels. … By promoting the idea that CO2 emissions must be reduced, climate mitigation activists are supporting the expanded use of biofuels. This is resulting in vast quantities of the world’s grain being diverted to fuel instead of food, causing food prices to rise — also causing the most pain among the world’s poor.“

I am highly skeptical of the risks presented by climate change. The magnitude of climate changes on both global and regional scales, even to the present, are subject to so much uncertainty in measurement as to be largely unworthy of policy action. Climate models based on “carbon forcings” have been increasingly in error, and the risks about which we are warned are based on forecasts from the same models far into the future — taking little account of the potential benefits of warming. The purported risks, and the benefits of mitigating actions, are translated into economic terms by models that are themselves subject to tremendous uncertainty. Then, the future calamitous outcomes and the benefits of mitigation are discounted so lightly as to make the lives of future human beings… and plants and animals, and their hypothetical preferences, almost just as important as those of actual human beings who, in the present, are asked to bear the very certain costs of mitigation. The entire pursuit is madness.

Last spring I had a brief discussion with an economist engaged in research on the economics of climate change at the University of Missouri. I mentioned the uncertainties in measuring and aggregating temperatures over time and place (here is one example). He said, with a straight face, that those uncertainties should be disregarded or else “we can’t say anything”. Well yes, as a matter of scientific principle, a high variance always means a greater likelihood that one must accept the null hypothesis! Yet the perspective adopted by the alarmist community is that a disastrous outcome is the null hypothesis — the sky is falling! If it weren’t for government grant money, I’m sure the sense of impending doom would be psychologically debilitating.

And now we are presented with a “Green New Deal” (GND), courtesy of a certain congressional freshman, Alexandria Ocasio-Cortez, whose apparent media appeal is disproportionately greater than her intellectual acumen. The GND would eliminate fossil fuels and nuclear power (which emits zero carbon) from the U.S. energy mix by the impossibly early 2035. That would require the replacement of 88% of U.S. energy sources in about 17 years, which would cripple the U.S. economy and real incomes. The poor would suffer the most, but of course the GND promises much more than a makeover of our energy sources. In fact, it would mandate the replacement of “non-essential individual means of transport with high-quality and modern mass transit”. Welcome to the new authoritarian paradise! All transportation and anything else requiring power would be electrified, a massive infrastructural investment. Oh, and the proposal calls for a slew of socialist programs: a federal job guarantee, a living wage, universal health care, and of course income redistribution. Interestingly, this proposal is consistent with the agenda described in the most widely-reported climate paper in 2018, which Michael Bastasch describes as a call for global socialism.

Cortez’s desperate hope is that all this can be paid for via reductions in defense spending, high taxes on the rich, and “Modern Monetary Theory”. She really doesn’t understand the latter except that it sounds expedient. Like many other leftist numbskulls, she undoubtedly thinks that printing money offers society a free lunch. But printing money simply cannot be transformed into real resources, and such attempts generally have destructive consequences. So the GND might not reflect mental illness so much as sheer stupidity. Anyone familiar with the history of socialism and the realities of public finance knows that the GND would have punishing consequences for everyday people. The so-called Yellow Vests in France should serve to warn of the affront taken by those oppressed by over-reaching government: their protests were originally motivated by a proposed increase in the fuel tax on top of already high energy taxes and other policies that artificially increase the cost of energy.

The environmental lobby has long promoted doomsday scenarios: population growth would outstrip the globe’s capacity for producing food, and resources would become increasingly scarce. In fact, the opposite has occurred. This is demonstrated by Gale L. Pooley and Marian L. Tupy in “The Simon Abundance Index: A New Way to Measure Availability of Resources“. The index is named after the brilliant Julian Simon, who famously made a bet with the doomsayer Paul Erlich on the likely course of prices for five metals. Simon was correct in predicting that markets and human ingenuity would lead to greater abundance, and that prices would fall. But the deep paranoia of the environmental Left continues today. They are oblivious to the lessons of history and the plain market solutions that lie before them. Indeed, those solutions are rejected because they rely on positive action by the presumed villains in their delusional tale: free people. The demonization of mankind, private action, and markets is not just symptomatic of misanthropy; it reflects a deeply paranoid and manipulative psychological state. These would-be tyrants are a real danger to the human race.