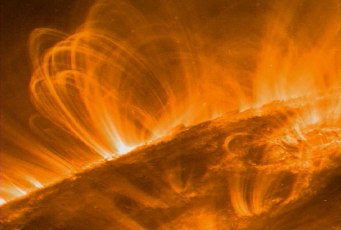 There is solid evidence that short and long sun cycles are the dominant forces in climate change. Climate warming in the latter part of the 20th century can be traced to two strong 11-year sunspot cycles (technically known as #21 and #22). These were followed by a somewhat weaker cycle that peaked around 2002. Now, at about the maximum of cycle #24, sunspot activity is very weak. There are predictions that #25 will be weaker still, and that the so-called “pause” in climate warming will reverse in the years ahead.

This Heartland blog post discusses the Sun’s proper role in the climate debate, the misplaced emphasis on human activity and carbon emissions by the UN’s IPCC and the “warm-monger” climate faction, and the dire policy implications of the climate confusion.