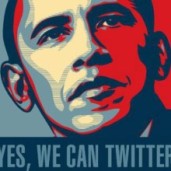 Benghazi has pretty good legs for a “fake scandal.” Finding the Truth at Benghazi is a nice recap of the situation by Andrew Napolitano. The appointment of a select investigative committee is long overdue. It might be a challenge for them to find the truth, given the likelihood of continued efforts by the Obama administration to redact and withhold key documents. I wonder if information relating to sales of Colonel Khadafi’s arsenal will be too heavily classified to share with the committee.

Does this administration know the difference between governing and running a campaign? The Judge: “Now, with the discovery of the Rhodes email, it appears that the White House did use the instruments of government to aid the president’s re-election campaign by deceiving the American people and telegraphing that proposed deception to the president’s campaign officials. Using government personnel and assets to coordinate a political campaign, even if done truthfully and above board, violates federal criminal statutes.”