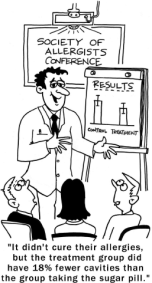 President Obama’s blustery, anti-gun outburst in the immediate aftermath of the recent shootings in Oregon included an assertion that states with the toughest gun laws have the lowest homicide rates. Eugene Volokh rebuts that claim in the Washington Post in “Zero correlation between state homicide rate and state gun laws“. Volokh’s effort prompts this quick follow-up to a post from earlier this week here on SCC: “But They Mean Well: Authoritarian, Anti-Gun Champs of Inefficacy“.

Volokh constructs a small data set for the 50 states and D.C with 2013 “Brady Scores” on gun laws, intentional homicide rates and accidental gun deaths. He discusses various measures that might be used to test the “Obama gun-law hypothesis”. Volokh rejects gun homicides because differences across states can be offset by other kinds of homicides. In addition, gun homicides may be reduced by defensive gun uses (DGUs) or the threat of DGUs. Instead, Volokh uses total homicides in one experiment and total homicides plus accidental gun deaths in another. He finds small positive correlations between tougher gun laws and both measures — a near zero association.

Volokh’s study is “quick and dirty”, so to speak, and it runs counter to the findings of some earlier cross-sectional studies. However, there are many factors that may confound any empirical association between gun laws, gun ownership rates, total guns and outcomes. That’s why other researchers insist that the question of gun-law efficacy must be assessed based on changes in outcome measures occurring after a change in gun law. These comparisons consistently show that imposition of tougher gun restrictions is not associated with declines in homicides.