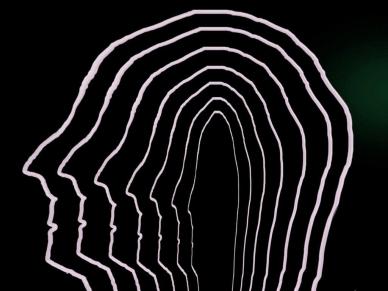 Gun-rights deniers often assert that access to guns increases the suicide rate, a question recently addressed by Ryan McMaken on the Mises Wire blog. He shows conclusively that suicide rates across countries are not related to gun laws. While gun ownership in the U.S. is extensive, and most gun deaths in the U.S. are suicides, the U.S. suicide rate is in the middle of the pack for OECD countries. Most of those countries have more restrictive gun laws. In fact, the U.S. suicide rate is lower than in Austria, Finland, France, Belgium, and Japan. Gun ownership rates are extremely low in Austria, France, and Japan. Therefore, suicide rates appear to be unrelated to legal gun ownership and the restrictiveness of gun laws. These facts, and simple logic, suggest that an individual in a state of extreme desperation has alternative means of taking their own life.

The most nuanced argument that guns encourage suicides is based on a dichotomy of premeditated suicides versus suicides of impulsivity or passion. Most impulsive suicides, according to this view, are carried out with faster, less painful and more reliable methods, which would include the use of guns. That’s based in part on interviews with suicide survivors and the mental health records of non-survivors. However, it would not be surprising to learn that survivors actually had less intent to begin with; a comparison is impossible because we can’t ask the non-survivors. And whether a mental health record, or the absence of one, is always  a reliable guide to the degree of impulsivity is open to question. So while there are differences in the mental health records of firearm suicide victims versus those who have used less reliable methods, the conclusions seem to rest on fairly unreliable measures of impulsivity or on survivor-only samples. Researchers don’t have much choice in the matter, but drawing conclusions based only on survivors is prone to severe bias.

McMaken shows that guns account for most suicides only among those of age 55 and above, a group that is likely to be the least impulsive. Teenagers might be expected to be the most impulsive, but they tend to have lowest rates of suicide by firearms. However, a teen might not have ready access to a gun even if one is in the home. The teenage suicide rate is even less related to gun ownership across countries. New Zealand, Ireland, Finland and Canada come in much higher than the U.S. on this sad measure, and Australia, Japan, Switzerland, Belgium and Sweden are above the U.S.

At the previous link, the “British coal-gas story” is told to argue that cutting off a common means of suicide will lead to a permanent reduction in suicides. In this case, a changeover from coal gas for heating and cooking to natural gas is alleged to have led to a permanent decrease in total suicides in Great Britain in the 1960s, as death by “sticking your head in the oven” was no longer very reliable. However, other research has found compensatory increases in other forms of suicide, so the coal-gas lesson is suspect.

A Harvard study (circa 2007) by criminologists Don B. Kates and Gary Mauser focused on the ties between guns, murder and suicide; they concluded that suicide does not bear a relationship to gun possession. The authors examined cross-country and within-country data:

“There is simply no relationship evident between the extent of suicide and the extent of gun ownership. People do not commit suicide because they have guns available. In the absence of fire‐ arms, people who are inclined to commit suicide kill themselves some other way.”

Suicide is a manifestation of despair so deep that the victim simply cannot get on with life. Guns have nothing to do with that anguish. It may be true that failed attempts often lead to a renewal of spirit, but survivors still have a high rate of suicidal recidivism. Moreover, the question of the depth of the original intent for survivors is open to question. Those choosing guns for suicide might think it’s the best alternative, but clearly other alternatives will be chosen when guns are unavailable. The claim that access to guns makes people more vulnerable to taking their own lives is not supported by the data.