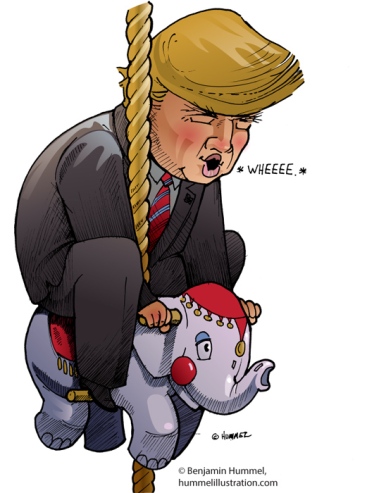 Just who are these electors, anyway? Might they elect Hillary Clinton after all? Or switch en masse to someone else? The answer: slim to no chance. After my post on the Electoral College, it occurred to me that I should have addressed those questions. After all, every leftist clinging to hope of political redemption seems to think it could happen. But here’s the thing: if a Republican wins a state’s popular vote, then a slate of Republican electors is appointed. Electors at the state level are not appointed randomly or in proportion to the vote, as some apparently imagine. Only the Maine and Nebraska electoral slates bear any semblance of proportionality, since congressional districts in those states get one elector each, while two others go with the state vote. Here is a U.S. government web page on the Electoral College describing the selection process for electors.

It appears likely that Donald Trump will win Michigan’s 16 electoral votes, though the results probably won’t be certified until the end of the month. That would give him 36 more electors than the 270 required to win the presidency. The likelihood that 36 Republican electors will refuse to back Trump, or even 20 electors if he loses Michigan, is infinitesimal. Such “faithless electors” can be penalized in 29 states, but those laws have never been enforced due to the rarity of faithless electors. In some states, the vote of a faithless elector is voided, so it would reduce Trump’s total but not add to Clinton’s. And Clinton might have two faithless electors of her own in Washington state, who have said they will vote for Bernie Sanders and pay a $1,000 fine.

Broken-hearted leftists will almost certainly have to satisfy themselves with marching, or rioting, and simply demonizing Trump, his appointees, and his supporters.