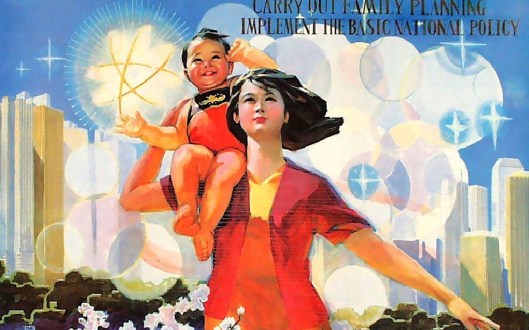 The pro-choice Left says, “Massive welfare benefits will be necessary to support the babies you’d force women to carry to term.” The remark is viewed as an argument clincher among pro-choicers, but it’s not a persuasive defense of abortion rights. In fact, it’s quite beside the point: human lives are at stake. The “welfare defense” suggests that there must be a valid tradeoff between public aid and lives that can otherwise be saved. Or indeed, between publicly-funded abortions and future public aid. By that logic, perhaps EMS service should be suspended in impoverished neighborhoods so that welfare payments might be reduced. These kinds of monstrous tradeoffs are not remotely on the table.

(The commentary that follows does not pertain to abortions that might be necessary to preserve a woman’s life or health, or in the case of pregnancies caused by rape.)

An operative assumption underlying the left’s suggestion is that additional human lives are problematic (or at least problematic for certain groups). There are two ways to think about this:

First, a single woman might have strong misgivings about the prospects of a child for economic reasons, or for fear of social ostracism; even couples can find a child economically burdensome. Fair enough. We won’t get into questions about personal responsibility. But leftists, under the spell of scientism, collectivism, and with more than a little hubris, insist there is no choice but for government to care for unaborted human beings and their families. They have devoted little thought to the reality that government programs intended to benefit the poor have in fact led to the disintegration of family units, a deteriorating housing stock, an explosion of the prison population, poorly functioning labor markets, and a cycle of mass dependency. But statists have not completely destroyed private institutions that can and do play a crucial role in helping impoverished new parents. That includes adoption agencies, churches, fraternal organizations, private charities, and free markets. These actors and institutions do not require any form of central planning by government.

Second, the Left holds that human beings are a burden on resources and a threat to “sustainability”. This is fundamentally incorrect. The world’s population has grown dramatically over the past several hundred years (from 0.9 billion in 1800 to 6.1 billion in 2000) while average income has increased much more dramatically (from less than $1.2 trillion in 1800 to $63.1 trillion in 2000). Humans are problem solvers, not problem makers, when they are free to create, produce, and take ownership in their surpluses. In fact, human ingenuity is the most critical renewable resource of all.

The abortion issue will not be settled on economic grounds. A plurality of adults in the U.S. believe that ending a pregnancy in its earliest stages is not murder, according to a recent Gallup poll. As I’ve argued in other contexts, bad or counter-productive laws are usually characterized by a lack of consensus in the general population over the question at issue. They are counterproductive because non-compliance leads to underground activity and unintended consequences. That’s true of prohibitions on alcohol, drugs and prostitution, and in the case of abortion, considerably greater danger may come to those seeking the services of an illegal abortionist. There is a fairly strong consensus, however, that late-term abortions should be illegal (see the link provided above). Unfortunately, the 20% that approve of late-term abortions is still rather significant.

The 80% share disapproving of late-term abortion corresponds roughly to the notion of fetal viability. At the time of the Roe v. Wade Supreme Court decision in 1973, viability was said to be reached between the 24th and 28th week of pregnancy. Technology shortened that time to less than 24 weeks, however, as the Court recognized in Planned Parenthood v. Casey in 1992. Some believe that the time to viability could be reduced much more with the development of artificial womb technology. That will upend the abortion debate, not only on account of challenges to the legal definition of viability, but because it will give expectant mothers an earlier alternative to terminating the life of the fetus. While artificial wombs might raise other ethical issues, I view the impact on the abortion debate as unambiguously positive.

Fetal viability does not offer much satisfaction to those whose views on abortion are heavily influenced by religion. Many Buddhists, Catholics, Eastern Orthodox Christians, Evangelical Protestants, and Orthodox Jews believe that life begins at the moment of conception; abortion is forbidden among Sikhs. (See this discussion for more detail.) Hindus often believe that personhood develops beginning at three months, while Islam teaches that life begins at about 120 days (though there is variation down to as little as seven weeks). On the other hand, Methodists, Presbyterians, Reform and Conservative Jews, Unitarians and Wiccans all support abortion rights, as do many (but not all) atheists and the strictly non-religious. It’s a safe bet that most of the world’s population affiliates with religions that either forbid abortion or believe in limits on the stage of pregnancy at which abortion is permissible. None of these distinctions is without exception, however. After all, there are many pro-choice Catholics, and abortions occur even in the Indian Sikh community.

Fetal viability at least provides something approximating an objective standard in the legal debate and prevents all but a small percentage of late-term abortions. Neither pro-choice nor pro-life activists will ever be satisfied with a given definition falling short of their respective ideals. Economic tradeoffs, however, have nothing to do with the pro-life position. Neither do cost-benefit calculations as the basis of public funding of abortions. Abortion advocates attempt to marshal its presumed economic benefits, but the effort smacks of the worst excesses of eugenics.