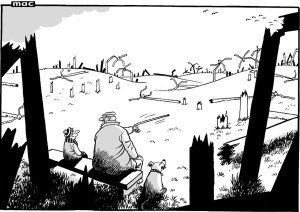 The new Tesla “Powerwall” home battery is probably most noteworthy for the breathless hype it has generated. The $3,500 cost for the 10 kWh version is not cheap, and the installed price is probably closer to $7,000. The battery has a limited number of charge cycles, though Tesla has not fully disclosed all of the specifications. People of considerable expertise in this area (not me!) do not believe that Tesla’s new battery is the least bit innovative as an energy storage technology. See this post by Lobos Motl, or this one by Christopher Helman. This is not to say that Tesla has not made contributions to battery technology, only that this variation is not new, except for the marketing.

How can it pay for itself? The promise is not so much for back-up power during outages. Instead, it is an arbitrage play allowing consumers to store power during off-peak hours and avoid usage during peak-price hours. But the application (and hope) that has excited the media and well-meaning greens is efficient storage of power generated by intermittent, renewable sources. Tesla’s marketing effort certainly fostered such hopes; those with home solar panels may have Tesla sugar plums dancing in their heads.

Advocates of renewable energy can rightly claim that the costs of energy storage (and some forms of renewable power generation) have been declining. But there is still a mismatch between expectations and reality: the Tesla battery is not new technology, and it is not really cheap in terms cost per unit of energy stored and later delivered. The economic viability of intermittent sources of power obviously depends on the combined cost of storage, transmission and the power generated by a renewable source relative to other fuels, including the initial capital outlays. This is reviewed at the Energy Matters blog in “The High Cost of Renewables“, which is largely based on this paper from The Brookings Institution by Charles Frank.

It’s relevant to compare renewables such as wind and solar to nuclear energy and natural gas as replacements for “base-load” coal plants. Nuclear and gas power are often touted as viable, reduced or no-carbon solutions to providing for the energy needs. Two issues make renewables more costly than nuclear and gas in terms of installed cost per kilowatt, despite the huge up-front installation costs of nuclear. The first is the intermittency of wind and solar power generation. According to Frank’s calculations at the link above, this factor alone causes solar to be nearly four times as costly as nuclear energy, and wind to be more than 25% more costly. The second issue is that wind and solar installations have short useful lives relative to nuclear. This adds to the wind and solar cost disadvantages, but the practice of dividing costs by the number of years of useful life probably distorts the comparisons. The shorter-lived installations can be expected to involve lower costs at replacement, which should be averaged into a comparison with a longer-lived asset. Still, there is no question that renewables are more costly than gas and nuclear power.

Critics took Frank to task over certain assumptions following the publication of his paper. He offered rebuttals here, here and here in which he revised his calculations in ways that tested his critics’ assertions. Frank’s conclusions are the same:

This article in The Economist also emphasizes the problem of intermittency:

“… countries which have a lot of renewable generation must still pay to maintain traditional kinds of power stations ready to fire up when demand peaks. And energy from these stations also becomes more expensive because they may not run at full-blast.“

“Firing-up” a power station repeatedly consumes fuel at a greater than proportionate rate. If fossil fuels are involved, this process eats into the presumed benefits of using renewables. Of course, there are other factors that make large-scale renewable energy  “farming” undesirable, such as massive land requirements and danger to birds and even marine life. Here is another piece offering a reality check on the true costs of wind power.

Certain forms of renewable energy and energy storage technologies will continue to advance and their costs will decline over time. However, solar and wind power are currently more costly than other alternatives. The benefits of these technologies to society are highly speculative, since models of carbon-forced climate change do a poor job of explaining the actual climate. In any case, climate change, should it occur, is not unambiguously costly. In the absence of more convincing evidence, the costs of renewable energy supplies should be fully internalized by rational actors (who may have personal preferences for renewables) in private, arms-length transactions. Unfortunately, to date, the growth in the share of renewable energy production in most countries has been abetted by government subsidies, so even the aforementioned private actors are collecting rents at the expense of the rest of society. The extra costs imposed on society represent a waste of resources.

In the absence of compelling evidence of pure public benefits, new technologies should be subject to true market tests, not forced upon the public by mandates or encouraged via artificial self-interest created by subsidies. In “Green Energy Policy: ‘Nothing That Works’“, Viv Forbes discusses the real goals of the extreme green lobby, quoting several environmental radicals. Here is the “money” quote:

“… Amory Lovins of the Rocky Mountains Institute, said: ‘It would be little short of disastrous for us to discover a source of clean, cheap, abundant energy, because of what we might do with it.’“

There are a few countries that have attempted to adopt aggressive policies of renewable energy mandates. Here is a discussion of the German “Green Energy Debacle”. Australia has had its share of problems as well. And here is a warning about the implications of green policy and the imposition of “energy poverty on poor countries“.