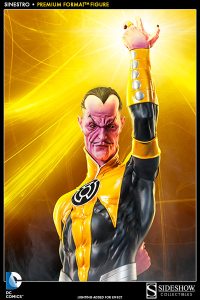 The administrative / regulatory state just grows and grows, as this tool from the Mercatus Center shows. As it does so, the bureaucracy becomes less accountable to the people in its sway, and seemingly less responsive to the checks and balances among the branches of government defined in the constitution. Rules are made by unelected bureaucrats, and their application is often uneven and arbitrary. In “The Sinestro Theory of The Administrative State,” Ben Domenech explores the link between this type of governance and declining “faith” in government itself. The danger posed by the administrative state is captured here by Domenech:

“In the era of the Administrative State, big government has been giving out too many rings to too many would-be Sinestros. And when it comes to trust in Washington, it’s the fact that this power is centralized in the Administrative State, rather than localized via federalism, which creates the special class of modern ringbearers. It allows them to work together in common purpose, as the progressives intended, as opposed to balancing and checking each other, as the Founders always understood to be essential.” [Sinestro link in original].

It may be too late, but left unchecked, the administrative state will be an ongoing and increasing drag on the economy and personal freedom. It must be rolled back.