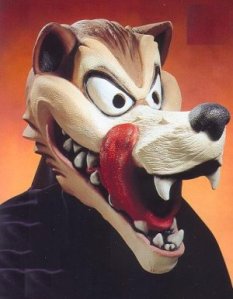 Inequality does not imply poverty for anyone, and inequality is a reasonable outcome of voluntary economic interactions between individuals who vary in their ability to create value. But inequality arising from artificial advantages conferred by the force of government and cronyism is indefensible. Sheldon Richman draws this useful distinction between the market’s distribution of rewards, which is a consequence of an unequal distribution of value-creating energy, ingenuity and talent, as opposed to the unequal rewards of a system of centralized control in which subsidies flow to cronies, monopolists are protected, barriers to activity are erected and political elites enjoy the fruits of value-destroying privilege. Here’s a sample from Richman’s post:

“Unlike market inequality, political-economic inequality is unjust and should be eliminated. … How? By abolishing all direct and indirect subsidies; artificial scarcities, such as those created by so-called intellectual property; regulations, which inevitably burden smaller and yet-to-be-launched firms more than lawyered-up big businesses; eminent domain; and permit requirements, zoning, and occupational licensing, which all exclude competition. …

Instead of symbolically tweaking the tax code to appear to be addressing inequality—the politicians’ charade—political-economic inequality should be ended by repealing all privileges right now.”

And yet we get fatuous rants from Obama about the ravages of market inequality and more tweaking of the tax code. Tweaking is too kind a word. The State of the Union address last week was a collectivist’s wet dream, replete with visions of central planning and a long list of non-neutral incentives and favors for the president’s base. He did his best to stoke the flames of class division and envy. One must ask: how long can the surviving market economy and a shrinking share of actual taxpayers support the growing dependent class and the nonproductive state apparatus?

In “Uncle Sam Is Coming After Your Savings?“, Megan McArdle warns of the dire wolf waiting at the door of every hopeful saver and middle class taxpayer. She cites Obama’s proposed tax on college savings plans (529s) as one piece of evidence, and asks “How would you feel if they did this to Roth IRAs”?

“… the very fact that we are discussing taxation of educational savings — redistributing educational subsidies downward — indicates that the administration has started scraping the bottom of the barrel when seeking out money to fund new programs. Why target a tax benefit that goes to a lot of your supporters (and donors), that tickles one of the sweetest spots in American politics (subsidizing higher education), and that will hit a lot of people who make less than the $250,000 a year that has become the administration’s de facto definition of ‘rich’?”

Then there’s the proposed elimination of the stepped-up tax basis at death, covered a few days ago at this blog, and the increase in the tax rate on capital gains and already double-taxed dividends from 24% to 28%. Of this, and the more general issue of investment incentives and efficient revenue generation, McArdle says:

“… we don’t try to tax the bejesus out of capital income, much as many would like to; old capital flees, and new capital doesn’t get formed, as savers decide it’s not worth it.”

No we don’t, for now, but that lack of capital formation is a dire implication of heavier taxes for the economy. It is an achilles heal of the redistributionist policy agenda, as a lack of new capital undermines productivity, income growth and opportunity across the board. Middle-class economics? Please, no. Glenn Reynolds has some additional thoughts on McArdle’s column:

“The truth is, in our redistributionist system politicians make their careers mostly by taking money from one group of citizens that won’t vote for them and giving it to another that will. If they run short of money from traditional sources, they’ll look for new revenue wherever they can find it. And if that’s the homes and savings of the middle class, then that’s what they’ll target.

For the moment, Americans are safe. With both houses of Congress controlled by the GOP, Obama’s proposals are DOA. But over the long term, the appetite for government spending is effectively endless, while the sources of revenue are limited. Keep that in mind as you think about where to invest your money … and your votes.”

Statistics on inequality are brandished by progressives as if to prove the existence of a great market malfunction, but as Richman points out at the link given above, an extreme form of inequality is an inevitable outcome of privilege conferred by the state. On the other hand, market inequality is no tragedy for humankind. It is an artifact of the most peaceful, productive system of social coordination ever devised. Market inequality is not related in any way to the absolute welfare of the median earning family or the least fortunate, as Robert Higgs explains in this interesting essay:

“Probably no subject in the social sciences has created so much unnecessary heat. Yet, at the same time, economists actually know a great deal about it and can dispel the public’s confusion about it if they try.” [Emphasis added]