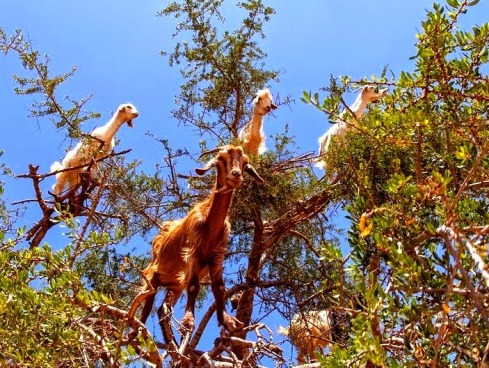 One of the great sacred cows of current economic discourse is that U.S. living standards have been stagnant for decades, coincident with a severe lack of economic mobility (I know, those are goats!). These assertions have been made by people with the training to know better, and by members of the commentariat who certainly would not know better. But Russ Roberts has a great article on the proper measurement of these trends and how poorly that case stacks up. I have made some of the same points in the past (and here), but Roberts’ synthesis is excellent.

Those who insist that income growth has languished or even declined in real terms over the past 40 years have erred in several ways. They usually ignore non-wage benefits (for which workers often receive favorable tax treatment) and other forms of income. Roberts notes that income tax returns leave about 40% of income unreported, and a lot of it goes to individuals in lower income strata. In addition, the studies often use flawed inflation gauges, fail to adjust correctly for various demographic trends in the identification of “households”, and most importantly, fail to follow the same individuals over time. The practice of taking “snapshots” of the income distribution at two different points in time, and then comparing the same percentiles from those snapshots, is inappropriate for addressing the question of income mobility. Instead, the question is how specific individuals or cohorts have migrated across time. Generally incomes grow as people age through their working lives.

Roberts discusses some studies that follow individuals over time, rather than percentiles, to see how they have fared:

“… 84% earned more than their parents, corrected for inflation. But 93% of the children in the poorest households, the bottom 20% surpassed their parents. Only 70% of those raised in the top quintile exceeded their parent’s income.”

In another study compared children born in 1980:

The next study cited by Roberts compares adults at two stages of life:

And here’s one more:

These studies show impressive mobility across the income distribution, but is it still true that overall incomes have been flat? No, for reasons mentioned earlier: growth in benefits and unreported income have been dramatic, and inflation measures used to “deflate” nominal income income gains are notoriously poor. When the prices of many goods are expressed in terms of labor hours, there is no doubt that living standards have advanced tremendously. It is all the more impressive in view of the quality improvements that have occurred over the years.

The purported income stagnation and lack of mobility are also said to be associated with an increasingly unequal distribution of income. The OECD reports that the distribution of income in the U.S. is relatively unequal compared to other large, developed countries, but the definitions and accuracy of these comparisons are not without controversy. A more accurate accounting for incomes after redistribution via taxes and transfer payments would place the U.S. in the middle of the pack. And while measures of income inequality have trended upward, consumption inequality has not, which suggests that the income comparisons may be distorted.

Contrary to the oft-repeated narrative, U.S. living standards have not stagnated since the 1970s, nor have U.S. households been plagued by a lack of economic mobility. It’s easy to understand the confusion suffered by journalists on these points, but it’s horrifying to realize that such mistaken interpretations of data are actually issued by economists. Even more disappointing is that these misguided narratives are favorite talking points of class warriors and redistributionists, whose policy recommendations would bring-on real stagnation and immobility. That’s the subject of a future post, or posts. For now, I’ll let it suffice to say that it is the best guarantee of mobility is the preservation of economic freedom and opportunity by limiting the size and scope of government, creating a more neutral tax code, and encouraging markets to flourish.