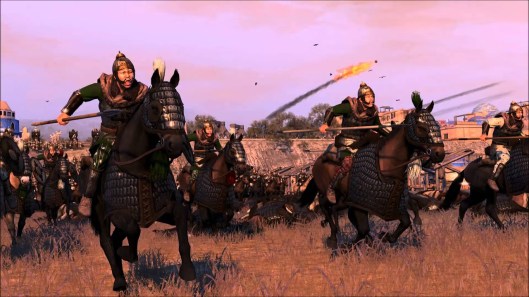 War is hell, but the good news is we’ve seen a global trend toward less of it over the past 20 years, according to the just-released annual report from StrategyPage:

“Overall things are a lot more peaceful than the headlines or Internet chatter would have you believe. Like most major trends, world peace just kind of sneaked up on everyone and a lot of people have not noticed.”

These misperceptions can be attributed to the enhanced coverage of even incidents that are minor by historical standards, and the ready access to information in the internet age. Perceptions are heavily manipulated by the media, which often feeds on “scare stories”.

The StrategyPage report covers the recent evolution of conflicts in various parts of the globe. The warring that persists tends to be concentrated in certain kinds of societies:

“While there are still a few stone-age cultures left on the planet [with conflicts] there are also several more advanced ones that are cursed with a culture of medieval mayhem. These have come to be called failed states and the most active ones, Somalia and Afghanistan are often in the news. There are still a few imperial powers in the headlines. … The troublesome empires currently in the news include China, Russia, Iran, Turkey the Islamic Caliphate. Turkey, Russia and Iran are technically democracies but for the moment the imperial ways are ascendant and the main cause of problems with their neighbors.”

The report cites statistics on both “human development” and corruption, noting the association of war-making and terrorism with low levels of the former and high levels of the latter:

“Wars tend to be found in nations that are poorly (if at all) governed. This usually means corrupt rulers and a corrupt economy that is unable to provide for the welfare of the people. The nations mired in war and general mayhem tend to be those that score lowest on international surveys of well-being and lack of corruption. For example, the ten nations suffering the most terrorism deaths rank lowest in the Human Development Index the UN has compiled annually during the last 29 years…. The least corrupt nations have been most successful in leaving tribalism behind. The major reason tribalism survives is because, when lacking the presence of effective (high [corruption index]) nation-state a tribal government is usually the best alternative.”

There is an interesting discussion in the report about the similarities between modern-day fascist China and ascendant Naziism in Germany in the 1930s. Both can be described as market economies overseen by dictatorial, socialist regimes, together with strong militaries, territorial ambitions, and a large majority invested in feelings of racial superiority:

“China has similar goals to 1930s Germany. China has territorial claims on neighbors and wants more territory and resources for its huge population. The Chinese believe in the racial superiority of the Han ethnic group (which most Chinese belong to) and of historical destiny to rule the largest possible empire. Until the 18th century China was the largest nation-state on the planet but then went into decline for two centuries. Most Chinese agree that it is time for China to once again be the most powerful state in the world. This is causing problems.”

Here are a some of the other statistics quoted in the report:

“Since the end of the Cold War in 1991 deaths from wars and large scale civil disorder (which is often recorded as some kind of war) have led to a sharp (over 20 percent so far) drop in violence worldwide. This occurred despite increasingly active and lethal Islamic terror groups.

… most war deaths are not caused by terrorists and even in 2014 (a peak year for Islamic death cults seeking to revive the Caliphate), terrorism-related deaths (mostly Islamic terrorism) accounted for 20 percent of all war-related deaths. Islamic terrorism gets the most publicity but less glamorous disputes do most of the killing.

Global Islamic terrorism-related deaths have fallen by over 50 percent since 2014 when there were 35,000. Global deaths hit 19,000 in 2017 and under 16,000 for 2018. These deaths are still declining. This activity is most visible in the GTI (Global Terrorism Index), which counts all forms of terrorism.

The StrategyPage report is encouraging in many ways. There is no question that international conflict could escalate quickly under certain circumstances. And there are heavy risks involved in the presence of nuclear weapons. An implication is the importance of preventing warring regimes, such as the religious dictatorship in Iran, from acquiring nuclear capabilities and threatening other nations with terror. The large players who possess nuclear weapons, for their part, are extremely cautious when it comes to the prospect of a “fighting war” with one another.

Ultimately, one hopes that economic advancement and the opportunities promised by modernity will dampen conflict within and between more backward societies. But as the report points out, there will always be adherents of failed, repressive dogmas, and these factions are often the agents of provocation and war-making. They cannot always be ignored. They should not be appeased.