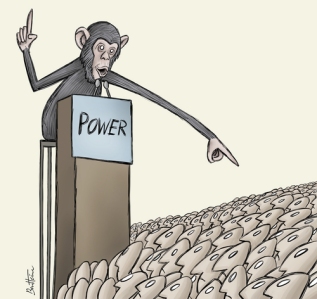 While this sort of magical thinking might seem naive, another paradox of leftist thinking is even more befuddling: the never-yielding distrust of capitalism and private initiative, a system under which power is largely dispersed. The attitude is more than a little misanthropic. It’s as if socialists expect us to believe that someone forces us to engage in transactions with private sellers, transactions that are always unfavorable in some way. But every transaction in a private economy is voluntary, dependent only on how both parties assess benefits relative to costs. Anyone can make a bad deal, of course, and you might get ripped off by an unscrupulous buyer or seller from time-to-time. But you are free to perform due diligence. You are free to assess risks.

The left goes so far as to blame capitalism for poverty, demonstrating a complete disconnect with reality. For a better perspective on the economic miracles made possible by capitalism, I  recommend a few timely pieces of reading: economist Richard Rahn makes note of the incredible bounty of products and technology brought to us by capitalism. This includes transformative breakthroughs in almost every area of life: communication, computing, transportation, refrigeration, safety, food, medicine and on and on:

“Almost all of the great innovations came from those in the private sector who created them out of the desire for more wealth or just intellectual curiosity. The socialist countries have produced almost nothing — except for bread lines, coercive and destructive taxation and regulation, and gulags. Yet politicians all over the world proudly proclaim themselves to be socialists and attack the capitalist wealth creators and innovators — as if the real world had never existed.“

At the Foundation for Economic Education (FEE), Chelsea German and Marian L. Tupy offer ample evidence of capitalism’s successes as they shred an absurd opinion piece in Forbes magazine claiming that  capitalism “will starve humanity“:

“Throughout most of human history, almost everyone lived in extreme poverty. Only in the last two centuries has wealth dramatically increased. Early adopters of capitalism, such as the United States, have seen their average incomes skyrocket.“

German and Tupy have a more detailed post here with statistics showing dramatic increases in the standard of living enjoyed by poor households in the U.S., increases for which capitalism is largely responsible.

Last month, Don Boudreaux reflected on the well being of average Americans today compared to an individual at the extreme high end of the wealth distribution 100 years ago. Boudreaux catalogues the many ways in which John D. Rockefeller’s comforts were drastically inferior to those available today. He concludes that trading places with Rockefeller would be a questionable deal:

“Honestly, I wouldn’t be remotely tempted to quit the 2016 me so that I could be a one-billion-dollar-richer me in 1916. This fact means that, by 1916 standards, I am today more than a billionaire. It means, at least given my preferences, I am today materially richer than was John D. Rockefeller in 1916. And if, as I think is true, my preferences here are not unusual, then nearly every middle-class American today is richer than was America’s richest man a mere 100 years ago.“

I maintain that even when power is concentrated in large private companies, the situation is far preferable to concentrated power in government. First, private companies do not have the police power necessary for absolute government authority. They cannot force you to do anything. Second, private companies do not simply shuffle resources and up-charge, as the left might have you believe; they innovate and create value as an inducement to trade, a concept that is rare in state-controlled activities. When any form of competition is present, private companies discipline each other, encouraging better quality and restraint on the prices charged for their wares. Even trading with a monopolist confers gains from trade, despite its drawbacks relative to trade in competitive markets.

Of course, government is generally not confronted with competition, unless it’s prompted by citizens who “vote with their feet”, as described by Charles Tiebout. That kind of responsiveness argues for decentralized government, however. Government services are typically monopolized, but the “terms of trade” are often worse than a monopolist would offer. It’s difficult to refuse a government service or your obligation to pay, no matter how much you abhor it, and quality usually suffers due to the extreme lack of accountability to citizen-consumers.

Capitalism gets a bad rap when private businesses engage in rent-seeking. That behavior is characterized by attempts to influence government policy for the business’ own benefit, promoting subsidies, other public spending or tax policies that go to the bottom line, and regulatory actions that disproportionally harm competitors. Those efforts put the crony in crony capitalism. But note that rent seeking is not an inherent feature of capitalism. It is enabled by the existence of activist government, its control over resources and its police power. What this means is that cronyism is fostered by power concentrated within the halls of government. In other words, private power becomes more concentrated and more impervious to competitive forces when it is favored by government. That is pure privilege.

If you dislike concentrated power, then vote for small government!