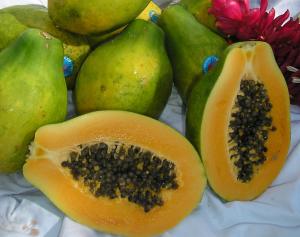 Predictably, Vermont’s new GMO labeling law is proving to be another classic failure of big government, as noted by The Farmer’s Daughter. Her post provides some of the gory details, including specific exceptions written into the drafted rules and “sworn statement” exemptions, both of which mean it will be of much less value to the public as a informational mechanism.

“The statement requires the signer to swear the food was not made from genetically engineered seeds and it was not co-mingled with any other GMO food. As you can imagine, such a system creates an odd set of regulations. On the one hand, a farmer has to keep all the GMO and GMO-free food separate, fill out these statements for each product, hope that nothing got mixed up, and risk perjury if it did. Alternatively, the grocery store has to keep the food separate, keep track of which sworn statement goes with which product (will they keep them in the display?), and hope that customers don’t mix up the products in the display.”

Obviously, the law will impose substantial compliance costs on farmers and grocers, and it will create barriers to trade across Vermont’s state lines that might ultimately meet a challenge under the Commerce Clause.

Meanwhile, debates over GMO labeling rage in a few other states, such as Oregon and Colorado, with measures on their ballots this November. The American Association for the Advancement of Science (publisher of Science magazine) is opposed to the Oregon’s initiative, as is the Oregonian newspaper, which published this editorial:

“Choice, in fact, is one reason to support the status quo, which provides organic and voluntarily labeled non-GE products for anyone who cares to buy them, usually at a higher price. The poor are protected, meanwhile, because, as the Washington report notes, ‘Volunteer labeling concentrates the costs on the target group able and willing to pay more for GMO-free products’ while ‘mandatory labeling imposes costs on everyone and not just those that desire GMO-free goods.’”

Here’s the Denver Post’s opinion on the Colorado measure:

“Colorado’s sugar beet growers could be seriously undermined. They grow genetically modified beets, so sugar from them would have GMO labels. Yet the beet growers argue that the end product is indistinguishable from other sugar because the GMO protein in the beets is removed in processing.

The same is true of vegetable oils from corn or canola seed that come from GMO plants.“