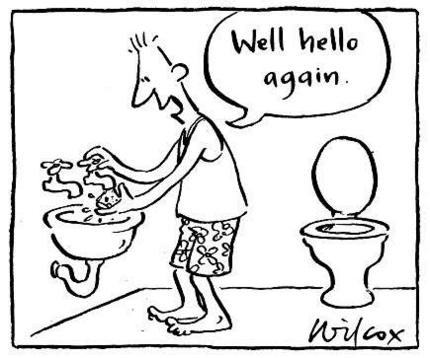 Recycling is not wasteful when it makes economic sense to recycle, without government force brought to bear in the form of mandates, taxes or subsidies. The argument that private parties undertake recycling to a less-than-optimal extent is based on the notion that there are external benefits of recycling that go unrecognized. According to this line of thinking, government must mandate recycling and must tax or impose fees to provide recycling infrastructure. It must demand that producers of goods utilize a certain percentage of recycled materials. Children must be taught the sustainability, goodness, and sanctity of recycling. These positions are ill-founded and misdirect resources toward excessive, and yes, sometimes wasteful recycling.

In 2010, The Property and Environment Research Center (PERC) published an excellent paper by Daniel K. Benjamin entitled “Recycling Myths Revisited“. Benjamin begins by offering “a brief history of rubbish”, which recalls the great extent to which recycling efforts have always been made out of sheer self-interest. Scavenging is as old as civilization, and recycling efforts have generated inputs to production from the start of the industrial age. Some older recycling activities have become obsolete for various reasons; others have been spawned by new technology.

Benjamin’s history of rubbish recounts the history of landfill usage and development. He discusses one seminal event in the history of rubbish: the Mobro 4000 garbage barge from New York City. Rumors of hazardous waste  aboard the Mobro led to it’s rejection at various rubbish “ports of call”. However, inaccurate reports circulated that the issue was a shortage of landfill space, a narrative that certain parties were only too happy to encourage, including the EPA and certain trade groups. The episode is a fascinating example of rumor, misinformation and manipulation.

“Although the physical availability of landfill space was not an issue, that was not how the situation played out in the press. The Mobro, said a reporter on a live TV feed from the barge itself, “really dramatizes the nationwide crisis we face with garbage disposal”. A strange cast of characters went on to turn Mobro’s miseries into a national cause.    …

The result of this steady drumbeat of expressed concern was a growing fear that America was running out of places to put its garbage and that yesterday’s household trash could somehow become tomorrow’s toxic waste. By 1995, surveys revealed that Americans thought trash was the number one environmental problem, and 77 percent reported that increased recycling of household rubbish was the solution. Yet these claims and fears were based on errors and misinformation— myths of recycling.“

From there, Benjamin proceeds with an excellent discussion of eight recycling-related myths, which I attempt to summarize below:

Benjamin’s paper is loaded with great illustrations of all these points. Here’s one of my own: Some years ago, a local municipality was revealed to be sending recyclables to a landfill due to the low market value of the material. Net of the costs of sorting, selling and transporting the materials to buyers, it was apparently better to pay the fees for normal waste disposal. Residents were justifiably furious, but the reality is that recycled materials have a value that fluctuates. That value reflects the real resources the recycled materials can save, if any. However, the value may not always cover the variable cost of collecting the recyclables, let alone the fixed costs of the process. That’s to say nothing of the costs imposed on individuals by mandates.

The eight points above demonstrate that there is little in the way of external benefits from recycling. There is nothing mystical here to justify government coercion. Recycling must make economic sense and it must be voluntary. When we allow government to force the decision, the sure result is an overallocation of resources to an endeavor presumed by its adherents to save resources. There is no paradox. It’s just more waste.