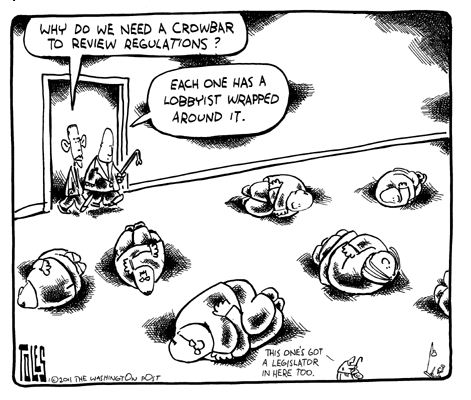 There are two faces of profit. It’s always the fashion on the left to denigrate profits and the profit motive generally, as if it serves no positive social function. This stems partly from a failure to examine the circumstances under which profits are earned: is it through competitive performance, innovation, hard-won customer loyalty, and the skill or even luck to spot an underpriced asset? Such a “good” profit might even exceed what economists call a “normal profit”, or one that just covers the opportunity cost of the owners’ capital. On the other hand, profit can be derived from what economists call “rent seeking”. That’s the dark side, but the unrecognized spirit of rent seeking seems to lurk within many discussions, as if the word profit was exclusively descriptive of evil. The “rent” in rent seeking derives from “economic rent”, which traditionally meant profit in excess of opportunity cost, or a “supra-normal” profit. But it’s impossible to know exactly how much of any given profit is extracted by rent seeking; a high profit in and of itself is not prima facie evidence of rent seeking, even though we might argue the social merits of a firm’s dominant market position.

Rent seeking takes many forms. Collusion between ostensible competitors is one, as is any predatory attempt to monopolize a market, but the term is most often associated with cronyism in government. For example, lobbying efforts might involve favors to individuals in hopes of swaying votes on regulatory matters or lucrative government contracts. Sometimes, a rent seeker wants lighter regulation. At others, a rent seeker might work the political system for more regulation in the knowledge that smaller competitors will be incapable of surviving the heavy compliance costs. Government administrators also have the authority to change fortunes with their rulings, and they are subject to the same temptations as elected officials. In fact, in the aggregate, administrative rule-making and even enforcement might outweigh prospective legislation as attractors of intense rent-seeking.

Rent seeking is big-time and it is small-time. It takes place at all levels of government, from attempts to influence zoning decisions, traffic patterns, contract awards, and even protection from law enforcement. When it’s big time, rent seeking is the very essence of what some call corporatism and more generally fascism: the enlistment of coercive government power for private gain. A pretty reliable rule is that where there’s government, there is rent-seeking behavior.

Otherwise, the profit motive serves a valuable and massive social function: resources are attracted to profitable uses because they signal the desires of potential buyers. In this way, profits assure that resources are drawn into the most-valued uses. The market interactions between new competitors, drawn by the prospect of profits, and willing buyers leads to a self-correction: supra-normal profits get competed away over time. In this way, the spontaneous actions of voluntary market participants lead to a great achievement: all mutually beneficial trades are exhausted. Profit makes this possible in the short-run and it assures that trades evolve optimally with changes in tastes, technology and resource availability. By comparison, government fares poorly when it attempts to plan outcomes in the short- or the long-run. Rent seeking is an attempt to influence and even encourage such planning, and the profits it enables impose costs on society.

I’ve written a few posts about health insurance reform recently (see the left margin). Health care is scarce. If relying on government is the preferred alternative to private insurance, don’t count on better access to care: you won’t get it unless you’re connected. Profits earned by health insurance carriers are roundly condemned by the left. It is as if private capital utilized in arranging coverage and carrying the risk on pools of customers deserves zero compensation, that only public capital raised by coercive taxation is morally acceptable for this purpose. But aside from this obvious hogwash, is there a reason to question the insurers’ route to profitability based upon rent seeking?

The health insurers played a role in shaping the Affordable Care Act (ACA, i.e., Obamacare) and certainly had hoped to benefit from several of its provisions, even while sacrificing autonomy over product, price, coverage decisions, and payout ratios. The individual and employer mandates would force low-risk individuals to purchase extensive coverage, and essential benefits requirements would earn incremental margins. Sounds like a nice deal, but those policies were regarded by the ACA’s proponents as necessary for universal coverage, stabilizing risk, and promoting adequate coverage levels. There were other provisions, however, designed to safeguard the profitability of insurers. These included an industry risk adjustment mechanism, temporary reinsurance to help defray the cost of  covering high-risk patients, and so-called risk corridors (also temporary).

It should be no surprise that health insurance profitability has been anything but impressive over the past three years. The average industry return on equity was just 5.6% during that time frame, and it was a slightly better 6.2% in 2016, about 60% of the market-wide average. It’s difficult to conclude that insurers benefitted greatly from rent seeking activity with regard to the ACA’s passage, but perhaps that activity had a sufficient influence on policy to stabilize what otherwise might have been disastrous performance.

The critics of insurance profits are primarily interested in scapegoating as a means to promote a single-payer health care system. While some are aware of the favors granted to the industry in the design of the ACA, most are oblivious to the actual results. Even worse, they wish to throw-out the good with the bad.

The left is almost universally ignorant of the social function served by the profit motive. Profits stimulate supply, competition and innovation in virtually every area of economic life. To complain about profits in general is to wish for a primitive existence. Unfortunately, the potential for government to change the rules of the market makes it a ripe target for rent-seeking, and it creates a fog through which few discern the good from the bad.