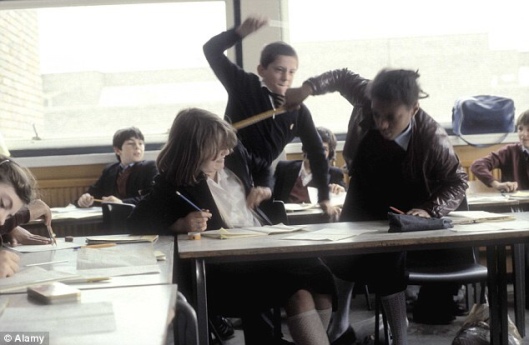 Sad to say, there are racial disparities in victimization by misbehavior in schools, and African American children are the most victimized in terms of their safety and academic environment. Yet since 2014, the Department of Education (DOE) has been enforcing rules against “disparate impact” in school disciplinary policies, often aggravating that victimization. In a paper entitled “The Department of Education’s Obama-Era Initiative on Racial Disparities in School Discipline: Wrong For Students and Teachers, Wrong on the Law“, authors Gail Heriot and Alison Somin expose these unfortunate policies and the distortion of actual law they represent. These policies and actions are presumed by the DOE and the Office of Civil Rights (OCR) to be authorized under Title VI of the Civil Rights Act of 1964, but Heriot and Somin show that Title VI is not a disparate impact law and that enforcement of strictures against disparate impacts exceed the authority of the OCR.

When are disciplinary policies discriminatory? Disparate treatment occurs when a student from a “protected class” is punished more severely than other students for an identical misdeed. That is obviously discriminatory and unfair. A disparate impact, however, is a statistical difference in the punishments meted out to a protected class relative to others, which is not prima facie evidence of discrimination. Given consistent application of disciplinary policies — identical treatment for all classes under those policies — disparate impact is possible only when there are differences in the actual behavior of students across classes. Of course, such a difference does not mean that the protected class is “less worthy” in any absolute sense; instead, it probably indicates that those students face disadvantages that manifest in misbehavior in greater proportion within a school environment. The consequences of refusing to punish that behavior are bad for everyone, including and perhaps especially the miscreants themselves.

Disparate impact enforcement rules are fundamentally flawed, as Heriot and Somin explain. Almost any decision rule applied in business or other social interaction has a disparate impact on some parties. Defining qualifications for many jobs will almost always involve a disparate impact when protected classes lack those skills in greater proportion than unprotected classes. In schools, such rules lead to more lenient disciplinary policies or a lack of enforcement, either of which are likely to bring even greater disciplinary problems.

In schools with large minority populations, these perverse effects penalize the very minority students that the DOE hopes to protect. And they often have harsh consequences for minority teachers as well. Walter Williams bemoans the difficulties faced by many teachers:

“For example, after the public school district in Oklahoma City was investigated by the OCR, there was a 42.5 percent decrease in the number of suspensions. According to an article in The Oklahoman, one teacher said, ‘Students are yelling, cursing, hitting and screaming at teachers, and nothing is being done, but teachers are being told to teach and ignore the behaviors.’ According to Chalkbeat, new high school teachers left one school because they didn’t feel safe. There have been cases in which students have assaulted teachers and returned to school the next day. …

An article in Education Week earlier this year, titled ‘When Students Assault Teachers, Effects Can Be Lasting,’ discusses the widespread assaults of teachers across the country: ‘In the 2015-16 school year, 5.8 percent of the nation’s 3.8 million teachers were physically attacked by a student. Almost 10 percent were threatened with injury, according to federal education data.'”

To state the obvious, this undermines the ability of teachers do their jobs, let alone enjoy teaching. For many, quitting is an increasingly tempting option. And Williams, an African American, goes on to say “… when black students are not held accountable for misbehaving, they are set up for failure in life.”

When it comes to misbehavior, equalizing discipline by subgroup is almost certain to be unjust. And disparate impacts are almost certain to be a byproduct of a just disciplinary system when other social forces lead to differences in preparation for schooling. When the focus is placed on a by-product of Justice, rather than justice itself, as when disparate impacts are penalized or prohibited, everyone loses. It obviously harms unprotected classes, but ultimately it harms protected classes even more harshly by subjecting them to degraded school environments, less educational opportunity, and fewer rewards in life.