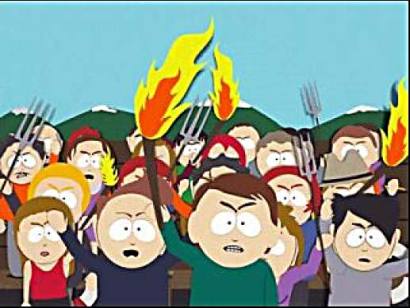 So lacking is the average American’s knowledge of civics that they often react in shock to the suggestion that the United States was never intended to be a pure democracy. But unchecked democracy is not a system that can be counted upon to maintain stability, something the founders knew when they fashioned the country as a constitutional republic. This point bears emphasis given the recent calls to abolish the Electoral College (EC) by such Democrat luminaries as Elizabeth Warren and Beto O’Rourke. Others, like Socialist-cum-Democrat Bernie Sanders, say they want to “assess” the EC.

Jon Gabriel describes the EC as one of a series of stabilizing checks and balances embedded in our system of government. It served the purpose of balancing interests across diverse regional economies and sub-cultures:

“By distributing our presidential choice among 51 individual elections, nominees must appeal to a wide variety of voters with a wide variety of interests. Farmers in Wisconsin are important, as are retirees in Florida, factory workers in Pennsylvania, and shopkeepers in Arizona. White Evangelicals need to be courted in Charlotte, as do Latino Catholics in Mesa.

If the Electoral College were abandoned, party frontrunners would camp out exclusively in urban areas. The pancake breakfasts in Des Moines and Denver would be replaced with mammoth rallies in Los Angeles and New York City.”

So diverse were these interests in the late 1700s that it’s reasonable to assume that the Constitutional Convention would have failed without the creation of the EC. Today, no less, our country would be unlikely to survive the EC’s elimination. Why, for example, would voters in Missouri wish to allow the preferences of east and west coast voters to dominate federal policy-making?

Gabriel provides some interesting history giving emphasis to the notion of a tyranny of the majority under pure democracy:

“The world’s first democracy was ancient Athens, which allowed around 30,000 free adult male citizens to choose their leaders. They made up less than 15 percent of the population, but it was the most egalitarian political innovation to date.

Athen’s unbridled democracy, however, led to the very extremes that sowed its decline and defeat at the hands of enemies. This note from Edward Conway on Quora is instructive (his is the third commentary at the link; most of the others are helpful, but his is most succinct):

“… ancient Athenian democracy was purely a matter of votes: if you wanted to win a court case, or pass a law, or tax a group, or go to war, or massacre a large number of people, the only check was whether you could convince a majority of the citizens to vote in your favor. While there were means of checking individual people (see: Ostracon), this did nothing to check the power of the crowds, as it only removed one focus of this power.

Thus Athenian democracy never moved beyond the initial ‘UNLIMITED POWER!’ stage. Anyone who could convince the crowd to follow them had unchecked authority until they lost control of the crowd.

It’s interesting that the Athenian military was staffed by plebeians who found imperialistic actions to be profitable. Naturally, they voted to devote more resources to military incursions… until they were defeated. Allowing a large faction to vote on their own pay, and the taxes on others necessary to pay for it, can be a glaring defect of democracy. We see manifestations of the same phenomenon today in congressional pay raises and expansion of federal benefits for large segments of the population who pay no taxes.

As the saying goes, democracy is four wolves and a lamb voting on what to have for lunch. The Founders looked to Athens less as a political model than an object lesson in what not to do.

James Madison said that democracies are ‘incompatible with personal security or the rights of property; and have in general been as short in their lives as they have been violent in their deaths.’

The EC was a stroke of political genius: It allowed the delegates at the Constitutional Convention to reach a consensus, something that would probably be just as difficult to accomplish today as it was then. The EC transforms one federal election into 51 local elections, reducing the feasibility of tampering by the party in power at the federal level. It also reduces the incentive for electoral fraud in a national race because a greater margin of victory within a state cannot gain the votes of additional electors.

The noise regarding the EC is coming from just one side of the political aisle: Donald Trump’s electoral victory in 2016, and his reasonably good prospects for reelection in 2020, have inflamed the passions of Democrats, who are now grasping at any and all ways in which they might tilt the playing field their way. Relative to electoral votes, popular votes are heavily concentrated in the coastal “blue” states. Such a change in the rules of the game would certainly stand to benefit Democrats. Therefore, the debate looks suspiciously like it has nothing to do with “good governance” and electoral integrity, and everything to do with raw politics.

It’s useful to remember that the EC was an essential incentive for gaining the buy-in of smaller states to join the Union. It remains vitally important to states whose interests would likely be neglected if presidential politics was dominated by the coastal states. Fortunately, the founders invested the EC with durability: rescinding it would require a constitutional amendment. That could happen if two-thirds of the state legislatures agree to convene a constitutional convention. Or, it could be proposed by a two-thirds majority in both houses of Congress, then ratified by three-fourths of the state legislatures. Ain’t gonna happen.