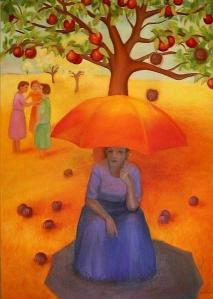 Lost opportunities can have far reaching consequences. Our society routinely destroys economic opportunities as a matter of policy. This includes immediate discouragement of economic activity via tax disincentives and regulatory obstacles as well as lost capital investment and innovation.  And it includes actions that grant protected status for monopolists, a steady by-product of the regulatory state. Don Boudreaux at Cafe Hayek posts a letter from a reader and his own thoughts on these points. From the letter:

“California has 3,754 wineries and they provide good wines for customers, jobs for employees, profits for owners, and fun places to visit. Imagine if Prohibition had never ended or if regulations were such that a mere five wineries produced all the wine for the entire country. Who would have known what we would have been missing?”

The damage of such policies goes on and on, and the negative effects compound with the passage of time. But those effects are seldom visible when policies are made. We never observe the bounty of the counterfactual when a new plant or shop isn’t built, a new shift isn’t added, a new company isn’t formed, a price increase isn’t discouraged by competition, or when inventions and discoveries aren’t made. From Boudreaux:

“The unseen includes also, and more importantly, the greater and better and completely different goods and services, the newer and safer and less-resource-intensive ways of production, and the more full prospects for human flourishing and the heightened hopes and the improved and expanded life-style options that human creativity – unleashed by free markets and governed by open competition and private property rights – makes possible.”

Technology and the advance of knowledge is a process that builds upon itself. The achievements of recent decades were impossible for us to have imagined beforehand, but much more might have been possible. Looking forward, the opportunities lost to today’s stultifying policies will become more staggering as the decades pass, losses much greater than we can imagine today.

Has the American public’s sense of progress been diminished by the lack of “big projects” in recent memory? No moon shots or space elevators, no Hoover dams, no ubiquitous high-speed rail? Would these types of massive projects bring with them a new sense of optimism? Virginia Postrel doubts it, quite aside from whether such efforts would be successful in technical or economic terms. In her critique of business icon Peter Theil and science fiction writer Neal Stephenson on this point, Postrel says they confuse satisfaction from an improved quality of life in the mid-twentieth century with optimism about the future impact of iconic public investments in infrastructure and technology:

“People believed the future would be better than the present because they believed the present was better than the past. They constantly heard stories — not speculative, futuristic stories but news stories, fashion stories, real-estate stories, medical stories — that reinforced this belief. They remembered epidemics and rejoiced in vaccines and wonder drugs. They looked back on crowded urban walk-ups and appreciated neat suburban homes. They recalled ironing on sweaty summer days and celebrated air conditioning and wash-and-wear fabrics. They marveled at tiny transistor radios and dreamed of going on airplane trips.”

Postrel also points out that technology has always provoked some anxiety about the future, just as it does today. In addition, Theil and Stephenson under-appreciate noteworthy projects of the not so distant past, both public and private. That’s not to say that all of those projects were well-executed (the Big Dig?) or economically successful.

Postrel’s argument suggests that the current sense of malaise has more to do with weak economic growth and its causes. She emphasizes an excessive application of the precautionary principle. The growth of the regulatory state and arbitrary, czarist rule-making is an outgrowth of this phenomenon. As I said earlier this week, “Life’s Bleak When Your Goal Is Compliance.” Poor results of most public initiatives (e.g., public education, student loans, the war on poverty) do nothing to inspire confidence, with an increasing proportion of the population dependent on public support. Meanwhile, rewards seem to flow to well-connected cronies, a result that seems assured when resources are allocated to big public projects. There is a growing sense that not much can be accomplished without privilege or luck.

Above all, let’s hope we never take to evaluating massive projects based on their potential to foster a renewed sense of public optimism.

The Next Age of Invention, by Joel Mokyr in City Journal, is a nice antidote to the many neo-Luddite doomsayers lurking within the social sciences. Some highlights (for me) were his discussion of some of the ways in which national income accounting understates the benefits of new technologies, reasons why we might be poised for dramatic advances, the trend toward (and variety of) potential “small” innovations, and technological “bite-back” and how it spurs additional improvements. Last but not least, this article was fun for me because Mokyr takes on my former thesis advisor! He does not discuss the mechanisms by which the benefits of future innovations will be diffused, which is somewhat controversial, but I have no doubt that they will be diffused widely with time.