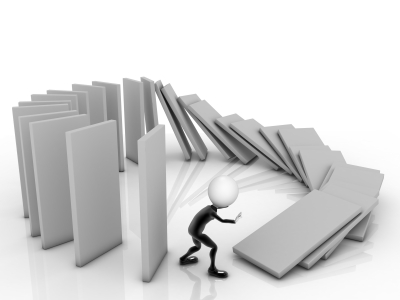 Proposition B sounds really good to many Missouri voters: all we have to do to help low-wage workers is declare that they must be paid a higher wage. That’s the pitch, of course. But voters should hear the cruel truth about the unintended consequences of this well-intentioned and ill-considered proposition on the ballot this week:

At least 24 earlier posts appear on this blog covering the topic of minimum wages. You can see most of them here. The points above are explored in more detail in those posts.

William Evan and David MacPherson of the Show-Me Institute have estimated the magnitude of the harms that are likely to result if Prop B is approved by voters on November 6, and they are significant. The voters of Missouri should not be seeking ways to make the state’s business environment less competitive.

Voters should keep in mind that wages in an unfettered market reflect the realities of labor demand and labor supply. Wages and other forms of compensation reflect the actual quantity, quality and productivity of available labor supplies. And for unskilled labor, which is often supplied by those who lack experience, a wage that matches their marginal productivity is one that provides that valuable experience. The last thing they need is for tasks requiring little skill to be performed by more experienced employees, or by machines. We cannot wish away these realities, and we cannot declare them suspended by law. Such efforts will have winners and losers, of course, though the former might not ever recognize the ephemeral nature of their gains. And as long as there is freedom of private decision-making, the consequences of such legal efforts will cause harm to those least able to withstand it. 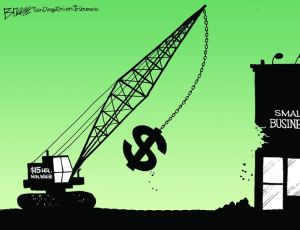 Like children asking their peers to exchange quarters for nickels, advocates of a “living wage” hope that the government and voters will agree that workers should be paid by private employers at a rate the activists deem appropriate, regardless of skills. (The “living wage” is left-speak for a very high minimum wage.) Even worse, those advocates actually believe that such a trade can be justified. Or do they? The simple economics of the claim is undermined by assertions that a living wage is simply a matter of social justice. But social justice cannot be served in this way unless one’s definition is so bound up in virtue signaling that you don’t know the difference. It’s even too charitable to say that the left’s definition of social justice is simply bound up in the present and the short-term interests of specific groups. The unfortunate truth is that the “living wage” sacrifices the very well-being of a large number of individuals in those groups, now and in the future. Here’s why:

Suppose the government mandates a “living wage” as well as a series of measures intended to neutralize all of its unintended consequences. These measures would include a complete prohibition of involuntary terminations, investments in automation, price hikes, movement of capital abroad, and immigration. The measures must also include subsidies for failing employers. Just imagine the burden of compliance costs related to these measures, and the complex task of carving out exceptions, such as the allowable price hike in the wake of an increase in the cost of raw materials. What about the additional workers who would enter the labor force to seek employment at the higher wage? Should they be prohibited from doing so, or should employers be required to hire them, or should they be subsidized to hire them? And how will taxpayers afford all of these government subsidies?

Clearly, the situation described thus far is not sustainable. Both the initial wage hike and many of the other steps, ostensibly intended to cushion the blow on various parties, represent flagrant abridgments of private property rights, or rather, property takings! Of course, the real intent is for private parties to pay for the “living wage”. Presumably, employers are to pay the costs, especially large employers and their wealthy investors, like you when the value of those shares in your IRA, pension or 401k plan begins to tank. The reality is, however, that the unintended consequences will spread the cost in a variety of unpleasant ways.

Those in the coalition for living-wage legislation have not given much thought to the reverberations of such a change. At the most basic level, some people cannot command a high wage because they lack higher-order skills. Some have not learned the importance of reliability, of making sure they arrive at work by a specific time every day. Some have not learned the importance of concentrated work effort, of demonstrating that effort and avoiding excessive slack time. Some communicate poorly, or fail to comport themselves in a manner that commands trust. Some have a sketchy work record, presenting a risk to prospective employers. Living wage advocates assert that all of this is irrelevant, but it means everything to an employer.

How would employers attempt to to survive under a living wage? One doesn’t have to think too deeply to realize that wage floors lead to a loss of jobs for several reasons. Those lacking the skills to justify the higher wage will be out the door. Some employers will fail, finding it impossible to pay the hike in their labor costs or to pass it along to their cost-conscious clientele. The living wage is likely to lead to premature automation of many tasks otherwise requiring unskilled to more moderately-skilled workers. The capital investment needed to automate any manual process may well become worthwhile given such a shock to wage rates. Moreover, while some in the living wage movement complain that U.S. employers seek-out lower wage rates abroad, the living wage itself would lead to more of this substitution. The living wage also creates opportunities for those willing to work illegally at sub-minimum wages, including many undocumented immigrants. By driving a larger wedge between the wages of other home countries and the U.S., the living wage creates an incentive migrate In pursuit of the enlarged set of black-market opportunities for labor.

So just imagine having the government mandate a wage that is nearly double the market-clearing level. The quanity of labor demanded declines and the quantity supplied increases, leaving a surplus of workers at the mandated wage. The demand for labor declines still more as the weakest firms close shop. And it declines still more over horizons long enough to enable investment in automation and relocation of production to foreign shores. Add to the mix an expanded flow of workers from abroad. Not all of these surplus workers, native and immigrant, would be willing to take “underground” work at a rate below the living wage, but some will.

So, which of the measures listed in the second paragraph would mitigate the costs imposed by the living wage? In reality, none of them would succeed without spreading the cost more widely. Prohibiting involuntary terminations? Businesses will fail and/or prices will rise. Prohibiting investment in automation? The same. Prohibiting price hikes? Business failures, terminations, and premature automation. Prohibiting movement of capital abroad? An outright revocation of property rights and a distortion of incentives for productive investment, which would also discourage the movement of capital into the country, not just out.

Are there measures that could make the “living wage” a sustainable outcome? Yes, but they cannot be accomplished immediately by decree. Indeed, doing so would thwart the achievement of the objective. In short, productivity must increase. While productivity is multi-dimensional, education, training and work experience all foster improvement in a worker’s ability to add value. Unfortunately, our system of public primary and secondary education has been unsuccessful in producing graduates who can compete in the labor market, even at today’s minimum wage. Wholesale reforms are needed, but even the best educational reforms will take time to come to fruition. In the workplace itself, apprenticeship programs could provide under-skilled workers an avenue toward greater competitiveness at higher wages. Again, apprenticeships may only make economic sense to employers at a legalized sub-minimum wage, as Australia allows.

Second, productivity is dependent on the quality and quality of the capital invested in a business. The key to improving this capital is profitability. It’s ironic that living-wage advocates fail to see that their proposal runs directly counter to steps that would contribute to  productivity and wages. Instead, they seem intent on killing the geese that lay golden eggs! Far better to allow those eggs to be transformed into new capital assets that can enhance worker productivity and justify higher wages. Some jobs will be replaced by automation, but capital and new technology tend to create new kinds of jobs and inevitably boost worker productivity. (See “Will Automation Make Us Poor?” by Aaron Bailey.) Employers will still have an interest in seeking out, if not developing, new talent. The automation should take place as part of a more natural evolution, not one prematurely hastened by unrealistically high wage mandates.

The living wage is a prescription for failure and a death-knell for the private economy. It will fail the least-skilled workers and even some semi-skilled workers who cannot compete for jobs at the living wage. It will automate jobs before the natural time dictated by the market-driven process of technical evolution. It will lead to higher prices, which drive down the real value of any wage gains that workers manage to capture. It will lead to business failures, especially among small businesses. It will offer false hope to unskilled immigrants. It will reduce capital investment among smaller firms struggling to meet the higher wage bill. It may well lead to a slew of even more destructive public policies, such as business subsidies and other price controls. And it will create dependency on the state. The living wage is a destructive policy and ultimately a prescription for the death of self-sufficiency. It  cannot foster real social justice.