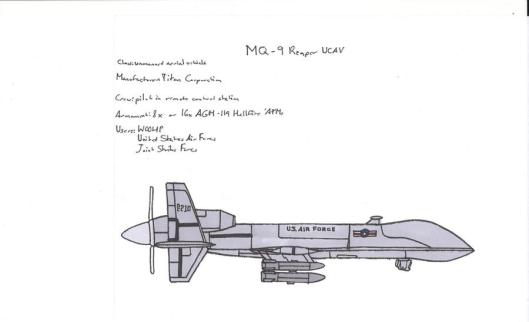 Note: As I finish this post, Iran has fired missiles at U.S. bases in Iraq, so we know a bit more about their response to the killing of Qassim Soleimani. Tonight’s response by Iran looks to have been impotent. There are risks of other kinds of action, of course. We shall see.

Last week’s killing of Iranian General Qassim Soleimani was not prompted solely by the attack on the U.S. embassy in Iraq by Kataeb Hezbollah, the Iranian-backed militia. Iran, perhaps the largest state-sponsor of terrorism in the world, has been guilty of provocation and aggression in Iraq, Syria, Saudi Arabia and elsewhere under Soleimani’s direction for many years. And he was reviled for his ruthless treatment of protestors within Iran’s borders. In recent weeks there had been a series of rocket attacks on U.S. bases, and there was “chatter” that much more was planned. It’s been noted that the presence of so-many high-level officials in one place at the time of the attack on Soleimani indicated that something big was in the works. This Reuters article gives some insight into Soleimani’s suspicious activities in the weeks prior to his death, of which the U.S. was surely aware. While the attack on the U.S. embassy provided additional pretext (as if it was needed), all of this indicates that Soleimani’s assassination was not an impulsive decision, but deliberated, contrary to assertions by critics of President Trump’s decision to act. It was both retaliatory and preemptive. Soleimani’s travels and whereabouts were well known, and it’s highly likely that a “decapitation” had been planned as a contingency for some time. This report in Politico provides details of the decision making leading up to the strike. The attack was executed brilliantly by all accounts.

The U.S. had retaliated to earlier rocket attacks with strikes against Kataeb Hezbollah positions. That the strike on Soleimani was more than retaliation and an act of self-defense against additional threats is, I believe, the flaw in arguments against the strike like the one Tyler Cowen seemed to make in Bloomerg (though his main point was different). The value of the strike goes far beyond retaliation. This was not intended to be another volley in an ongoing series of “tits-for-tats”.

In addition to Soleimani, several other high-level Iranian military personnel were killed. This undoubtedly disrupted plans that would have threatened U.S. soldiers and assets, yet some describe the strike as an “impulsive” act on Trump’s part, and an “act of war”, as if unprovoked. And as if Iran had not been warring on the U.S. for the past 40 years. What to make of those who take this position?  Of course, most are reflexively anti-Trump, refusing to evaluate the decision on it’s own merits. They pretend that Soleimani and the Iranian overseers of the stooge government in Iraq have legitimacy. Anderson Cooper actually compared Soleimani to Charles De Gaulle. It would be more accurate to compare him to the murderous Che Guevara, but then again, many on the Left worship Che’s memory as well! These fools will tell you that Soleimani was “worshipped” in Iran. In fact, there are a great many Iranians who are quietly celebrating his death.

Middle East analyst Avi Melamed does not mince words in describing the impact Soleimani has had on the Middle East (emphasis his):

“Some argue that the assassination of Soleimani will increase tensions in the Middle East. This outlook confuses cause and effect: Tensions in the Middle East have intensified over the past decade because of the violent Iranian aggression which Soleimani spearheaded. Aggression which has led to Syria’s destruction and the disintegration of Lebanon and Iraq. Aggression that threatens maritime routes and safe passage in the Arab (Persian) Gulf and the Red Sea, a direct attack on Saudi Arabia’s oil facilities that spiked oil prices and compromised the world’s oil supply. Aggression that has fueled and intensified tensions – including direct military confrontations – between Iran and its proxies and Israel.

General Soleimani and the Al-Quds force led the escalation in the region in the service of the hegemonic vision of the Iranian Mullah regime. Their actions have so far claimed the lives of hundreds of thousands of people, led to the destruction of states, the disintegration of cities, and caused a wave of millions of refugees. Killing Soleimani is not the cause of the escalation – but the result.”

Malamed expected Iran to take retaliatory actions in Iraq, where it already has a strong military presence and good reconnaissance. Missiles have now been fired at U.S. bases from Iran (as of tonight), but with few or no casualties. It remains to be seen how effective a response the Iranians can mount. Any short-term U.S. casualties should probably not be viewed as incremental, given the high likelihood of casualties had Soleimani lived. Perhaps Iran will fire missiles at Israel from western Iraq or Syria, or at Saudi Arabian oil assets, as it did last September. Or it might make a bold military intervention in Iraq to strengthen its control there, which Iran considers crucial to its own security.

Al Monitor believes the assassination “leaves Iran with very few options to retaliate” with any strength, at least in the short-run:

“… the economic hardship in Iran — in addition to the challenges the government is facing internally — would not allow Tehran to increase the tension. Iran’s past conduct against Israel strikes on Iranian bases in Syria also shows it will not seek revenge if its national security and interests are in danger. … This all indicates that Iran and its proxies in the region most likely would not seek revenge in the near future and — in regard to Iraq, in particular — would not lead Iraq to fall into a civil war or mass destruction, because it would lose even more in Iraq if it takes such a risk.”

So despite the brash talk, Iran is weak and spread thin across commitments outside its borders, and the regime has real fear of retaliation by its enemies that can only have been reinforced by the strike against Soleimani. Of what other retaliatory actions is Iran capable, assuming the regime can survive in the longer run? And assuming the Mullah regime itself is willing to take existential risks? It has threatened actions against civilians in the West. Can it bring down planes? Can it bomb targets in the U.S.? Can it develop or buy a small nuclear device? It can try any of those things, of course, but with uncertain odds and with risks it might not want to take. Survival is of the utmost importance to the regime, and it is already on shaky ground.

Trump’s critics claim that he authorized the “decapitation” without a plan for its aftermath. Trump has made clear his intent to “punch back twice as hard”, as it were, in response to any additional force from Iran. This is, first and foremost, a game of deterrence. Beyond that, however, and despite talk of “changing the Iranian regime’s behavior”, it appears that the larger plan pursued by Trump is to continue undermining the regime with sanctions and targeted strikes, if necessary. “Maximum pressure”. But there will be no World War III. The markets seem pretty comfortable about that as well, including the oil market.

I do take issue with Trump’s mention of the possibility of striking “cultural sites” in Iran, though he seems to have retracted it. On that point, however, I fully agree with Tyler Cowan (linked above). The only plausible rationale for such a statement is to frighten Iran’s leadership, especially if it has located military and intelligence functions within cultural sites.

Trump still maintains that our ultimate goal should be withdrawal from Iraq. That assumes stabilization in the region and fair elections, which would be well-served by a weaker Iran or a regime change there. As Victor Davis Hanson explains, the Middle East is of declining importance in world energy markets and trade generally. That’s one reason we’re unlikely to ever again send a huge ground force to the region, and it’s a good reason to scale back our presence in the Middle East generally.