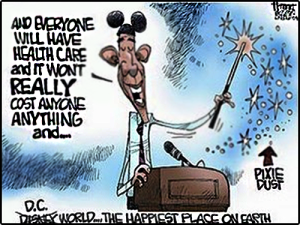 Is anyone unaware at this point that Obamacare (the ACA) was built on a foundation of lies? The “tax vs. penalty” controversy was squirrelly, as the administration shifted positions in defending the individual mandate before the Supreme Court in 2012. Surprisingly, that court decision went in favor of the ACA despite the obvious flip-flop. Of course, we heard Obama say, “if you like your plan, you can keep your plan,” and “if you like your doctor, you can keep your doctor,” both of which were patently false statements. Now, we have the curious case of Jonathan Gruber, the celebrated MIT economist and a chief architect of the ACA. A citizen journalist (“real” journalists were asleep at the switch) uncovered a series of video clips of Gruber in which he strongly asserts that there was willful deceit involved in the crafting and selling of the health care law. Some Gruber:

“This bill was written in a tortured way to make sure CBO did not score the mandate as taxes. If CBO [Congressional Budget Office] scored the mandate as taxes, the bill dies. Okay, so it’s written to do that. In terms of risk rated subsidies, if you had a law which said that healthy people are going to pay in – you made explicit healthy people pay in and sick people get money, it would not have passed… Lack of transparency is a huge political advantage. And basically, call it the stupidity of the American voter or whatever, but basically that was really really critical for the thing to pass….”

Ron Fournier, at the first link above, writes:

“Liberals should be the angriest. Not only were they personally deceived, but the administration’s dishonest approach to health care reform has helped make Obamacare unpopular while undermining the public’s faith in an activist government. A double blow to progressives. …Gruber’s remarks are evidence that the administration intentionally deceived the American public on the costs of the programs. …And so even I have to admit, as a supporter, that Obamacare was built and sold on a foundation of lies.”

Even worse for those clinging to hope that the ACA will survive intact, in July, a year-old video came to light in which Gruber confirmed that the Obamacare subsidies were intended as an inducement  to states to provide their own insurance exchanges, rather than relying on the federal exchange. This is now the subject of another case before the Supreme Court, King vs. Burwell. Sacred Cow Chips featured a post on Gruber’s statement in July, when he attempted to pass-off the remarks as mistaken, a “speak-o” as he put it, but he said the same thing on at least three separate occasions. In so doing, Gruber helped to make the case that subsidies were not intended for individuals purchasing insurance through the federal exchange.

There has been a spate of recent contentions that Obamacare is “working” after all. Lest any hypocrite take solace that the lies and deceit were worthwhile after all, the positive news is scant. Of course, the number of uninsured has declined to some extent, but almost entirely via Medicaid enrollment, for which access to providers is often problematic. Premia have increased for many previously insured under individual policies. Overall measures of premia are distorted by subsidies and the so-called “risk corridors,” basically bailout funds kicked back to health insurers to keep them profitable. There are a host of other problems. You can read about some of them here.