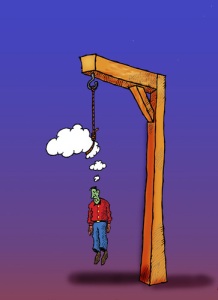 The anti-capitalist Left is quick to condemn private businesses of unfair practices and even unethical behavior. In their estimation, certain prices are not just and profits are somehow undeserved rewards to private property, risk-taking and entrepreneurial sweat. They somehow imagine that meeting market demands is an easy matter, or worse, that market demands are not “socially useful”. Few have ever attempted to run a business, or if they have, they were unsuccessful and resent it. They also cannot grasp the social function served by private markets, to which we owe our standard of living and much of our culture.

What alternatives do these deep thinkers suggest? A socialist utopia? Jonathan Newman discusses the many practical problems presented by socialism and why it always fails to achieve success comparable to societies that rely on free markets. Newman’s treatment covers the inability of administered pricing to convey accurate information and effective incentives, the waste induced by queuing, neglect of comparative advantage, waste induced by production quotas, retarded innovation and technological development, and a deeply embedded stasis in the face of changing conditions. Little wonder that poverty is a consequence.

Warren Meyer at Coyote Blog has written of the stasis seemingly promoted by the progressives. They are quite protective of the status quo. Ironically, and quite rightly, Meyer calls them “deeply conservative”, too conservative to accept the dynamism of a capitalistic society. From Meyer:

“Progressives want comfort and certainty. They want to lock things down the way they are. They want to know that such and such job will be there tomorrow and next decade, and will always pay at least X amount. Which is why, in the end, progressives are all statists, because only a government with totalitarian powers can bring the order and certainty and control of individual decision-making that they crave..

Progressive elements in this country have always tried to freeze commerce, to lock this country’s economy down in its then-current patterns. Progressives in the late 19th century were terrified the American economy was shifting from agriculture to industry. They wanted to stop this, to cement in place patterns where 80-90% of Americans worked on farms.“

Freezing the diffusion of technology and often the state of technology itself is a consequence of socialist policy. And technology may well be the enemy of the Left in another sense: An interesting twist is provided by Fred Foldvary of the Mercatus Center in “Government Intervention Is Becoming Obsolete“. He writes that technology is undermining all of the usual economic rationales for intervention: asymmetric information, external effects, public goods, and monopoly. The article is brief, but he refers the reader to more extensive treatments.

A good example of socialism’s perverse appeal is the rhetoric of Senator Bernie Sanders, now a candidate for the Democrat Presidential nomination. Sanders has criticized the “the dizzying (and socially useless) number of products in the deodorant category….” At Reason.com, A. Barton Hinkle wondered what Sanders might consider the appropriate number of deodorant choices in our society. Would he wish to dictate a limited number as a matter of policy? And what other “socially useless” choices might he choose to limit in his failure to grasp that these choices reflect the incredible health and vibrancy of a market economy. Here’s Hinkle:

“… central planners think they can allocate economic resources better than the unguided hand of individual free choice. Like any good scientific experiment, this one is easily replicated, and has been time and again. See, for example, Venezuela, which has now run out of toilet paper, tampons, and other basic necessities because some people there think they should make all the choices for other people. And yet for many, the repeated lesson still has not sunk in. In an unintentionally hilarious essay about Cuba not so long ago, one writer noted that “the people are hungry here. There are severe food shortages. I do not understand why a tropical island would lack fruits and vegetables . . . and my only assumption is that maybe they have to export it all.”

Never forget that government can only pursue policy objectives via coercive power. I don’t think socialists have forgotten at all. Without the power to coerce, nothing proposed or done by the state can be accomplished and enforced. This is the course that progressive, anti-capitalists must follow to achieve their collectivist vision. But Chris Edwards reminds us that “Coercion Is Bad Economics” with the following points about government:

By arranging voluntary, mutually beneficial trades, market forces avoid all of these problems. As Robert P Murphy explains in The Freeman, “Capitalists Have a Better Plan“.

The anti-capitalists do not hesitate to saddle private businesses with confiscatory tax and regulatory burdens in the name of their own vision of society. Want to live in a bleak world of decline? Then here’s your prescription, courtesy of the anti-capitalist Left: regulate heavily, monitor transactions, impose wage and price controls, dismantle markets, tax at punitive levels, confiscate property, censor “offensive” speech, extend dependence on the state, absorb private savings and crowd out private investment with government borrowing, and inflate the money stock. Smells like a crappy “utopia”.